It is situated within the palace of the Ker Panyimur Kwonga Chiefdom in Packwach District.

The museum preserves and promotes the cultural resources of the Ker Panyimur Kwonga Chiefdom in Jonam County of Pakwach district. One of the rarest objects is a drum which, if sounded, the reigning chief will die!

This Board belonged to Chief Kwonga. He last played the Board Game with his grandchild Opodo in 1235AD before He was assassinated. It was the most favorite Game of the chief that he would play with anyone for mobilising the clan and the community members to go and work in the chief’s garden. The rule of the game was either the chief wins or you lose.

If the king would be humiliated by anyone who defeated him in the Board Game, The clan members of the challenger would go to dig the chief’s garden the plant following day and this ensured food security in the chiefdom to stand the taste of bad weather. 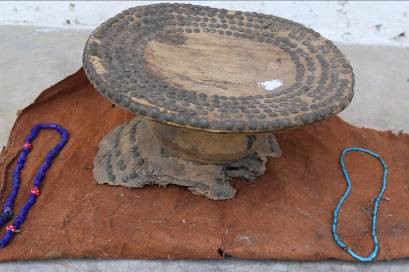 The royal stool was used by Luo I in 250AD. It was given by king Pharaoh to Luo I to make a difference between Pharaoh’s royal seat as king of Egypt and that of Luo I who is a paramount chief of the Nuer people. It became the first royal stool to be used for enthronement of Chiefsin the Nuer – Luo-  Alur kingship. Every authentic paramount chief is enthroned on this stool. And since 250AD – to date, 37 paramount Chiefs were enthroned on this stool. 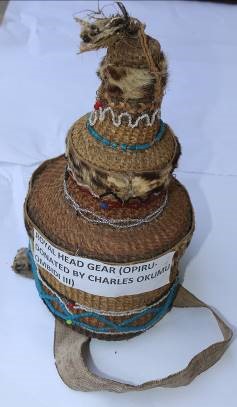 The Royal crown was given by the Lendu and the Kebu people in exchange for ‘’Mitu’’, Kwonga’s son to go and rule over them on the west of the Nile in 1112AD.

The royal function of the crown was determined by the royal elders. It was used for crowning the Chief to mark the end of the enthronement ritual. It has been used to crown 21 paramount Chiefs 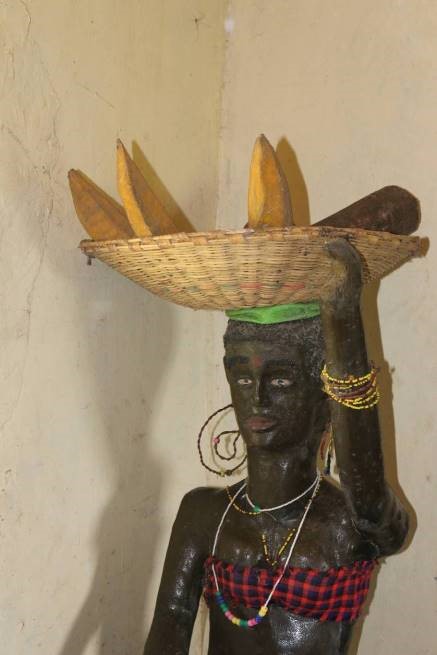 It was made at order of Paramount Chief Charles Okumu Ombidi III. As a symbol of purity (virginity) before Marriage by young girls and boys.

Nyilak was the daughter of paramount Kwonga who was envisioned for the Royal throne, the condition for her candidature to the throne was to maintain her virginity until she ascends the throne and harvests ten millet crop on the throne,

Then she would consider getting married. It was a hard test for her. Ocak a Supernatural being, lowered from the sky and bequeathed her pregnant before ascending the throne. To date Nyilak is held a matron of the virgins club being run by the Museum and Panyimur Kwonga chiefdom.